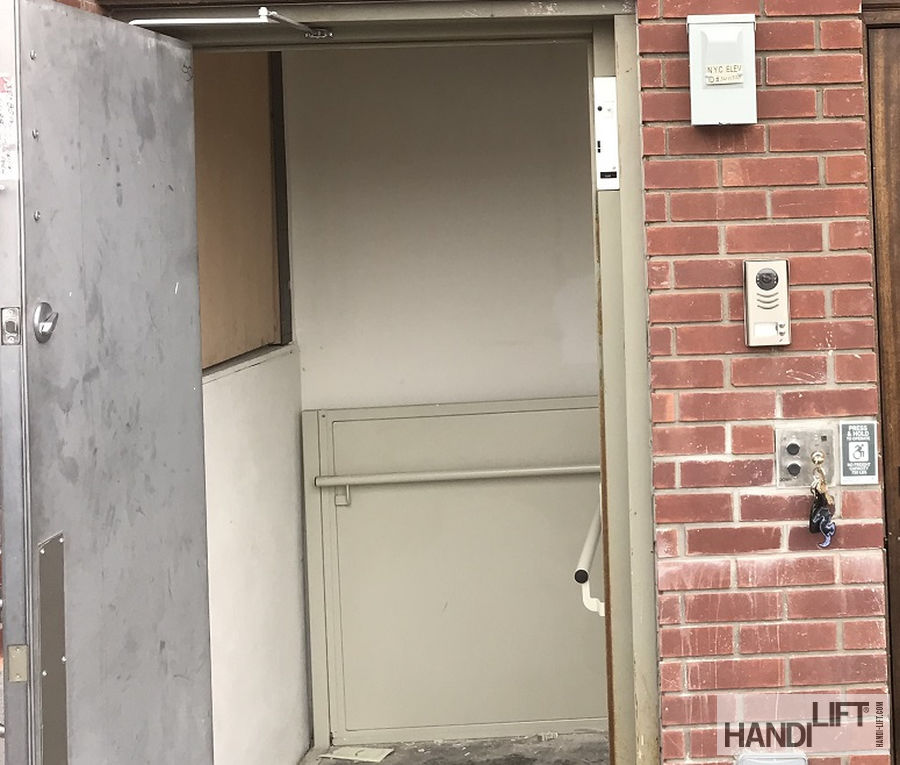 The reason for dropping this requirement was restricting access to the operating controls did not in fact add to the safety or reliability of the equipment. What it did however was to make it more difficult for the very folks the lifts were meant to serve.

For years the industry tried to make it easier for the riding public by all using the same key with a wide distribution. Of course that distribution extended to the delivery person and the night watchman and anyone else in the building thus it really didn’t restrict use to those with mobility impairments or protect the equipment from abuse as a material lift.

Platform lifts are not designed to move freight and should be maintained at the ready for those who need them but key operation did not accomplish that goal so the requirement was dropped.

Key operation may be the best method and thus making the key available to anyone needing the lift entering the building would need to be addressed. Proximity Devices or Card Readers may be preferred in some cases. Remote control with camera surveillance is an option in high security environments or isolated lift locations such outdoor lifts on college campuses.

In addition to being the Editor-In-Chief of Handi-lift.com and the Knowledge Base, Priscilla is the Sales Administrator at Handi-Lift Headquarters in New Jersey. She has been at HQ since 2016, coordinating the sales team, running marketing efforts, organizing the office , and planning corporate events.

View all posts by Priscilla Fujimura