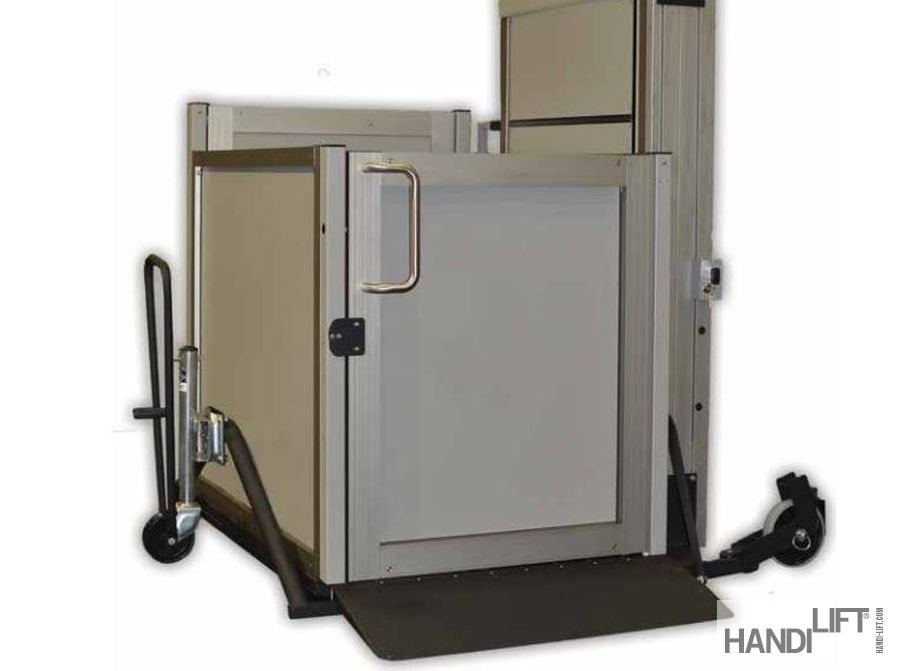 Do I need a permit for a portable lift?

The ADA requires ​‘unassisted’ access. Any device that is attendant operated would not meet the ADA.

Pushing a lift into position in front of a stage requires an attendant in one sense, but that is no different than the need for an installer to bolt down a permanent lift. Once the portable lift or the permanent lift is in position, the authority having jurisdiction should enforce the ASME A18.1 safety standard which governs vertical platform lifts. Just because a lift is deemed portable should not exempt it from compliance safety standards designed to protect the riding public.

‘Portable’ and ​‘temporary’ are two different concepts. ​‘Temporary’ can be for one hour, one day, or one year, so saying the installation is a temporary one has no bearing on the subject.

We take ​‘portable’ to mean easily movable from place to place and not permanently affixed to the building. A portable lift can be moved into position for any length of time and then removed to store it out of the way or to use it in another location. This is a great feature and there is significant demand in the marketplace for a portable vertical platform lift.

Putting wheels on a vertical platform lift or plugging it instead of hardwiring it should not exempt the manufacturer or the installer from the A18.1 standard. There are no rules in the standard to assist the AHJ inspecting a portable lift such as rules to measure the stability of a lift not bolted to the building structure to bear the loads imposed so each inspector would have to make their own determination on the portable issues but the lift itself should meet the rest of the standard. Many reputable manufacuteres make such lifts which do comply with ASME A18.1 and when put in place function very well for ​‘unassisted’ operation so take care when selecting the portable lift for your application.

The wording in the scope of A18.1 says the standard does not cover ​“portable equipment”. Since the standard does not define what this equipment is some have taken advantage of this and called their equipment portable in order to by pass the authority having jurisdiction. This is done to cut costs but has in some cases resulted in internet sales of sub-standard equipment being sold to unsuspecting contractors and building owners under the guise of meeting the ADA on the cheap!

NO! We have to say no if the AHJ says in writing they do not want to permit or inspect any platform lift that is called portable. Realize, however, if you sell the lift you are the contractor of record and you are now liable for compliance with codes and standards in your State, whether or not the installation is inspected. This is especially true if no licensed architect specified and approved the application of a portable lift not recognized by the AHJ.

If an accident occurs or an ADA lawsuit is initiated you will be on the front lines with no one at your back and you will probably be outside the scope of your own liability insurance and have to defend yourself on your own dime.

Reputable manufacturers manufacturer to comply with ASME A18.1 regardless of whether or not the AHJ inspects the lift but some sell over the internet and do not comply with the standard so anyone buying and re-selling this equipment is taking on 100% of the liability for the life of that equipment.

In addition to being the Editor-In-Chief of Handi-lift.com and the Knowledge Base, Priscilla is the Sales Administrator at Handi-Lift Headquarters in New Jersey. She has been at HQ since 2016, coordinating the sales team, running marketing efforts, organizing the office , and planning corporate events.

View all posts by Priscilla Fujimura